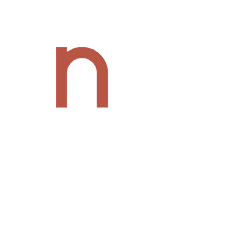 17 and he went out, pbearing his own cross, to the place called The Place of a Skull, which in Aramaic is called Golgotha.

18 There they crucified him, and with him two others, one on either side, and Jesus between them.

19 Pilate ralso wrote an inscription and put it on the cross. It read, “Jesus of Nazareth, the King of the Jews.”

20 Many of the Jews read this inscription, for sthe place where Jesus was crucified was near the city, and it was written in Aramaic, in Latin, and in Greek.

23 When the soldiers had crucified Jesus, they took his garments and divided them into four parts, one part for each soldier; also his tunic. But the tunic was seamless, woven in one piece from top to bottom,

24 so they said to one another, “Let us not tear it, but cast lots for it to see whose it shall be.” This was to fulfill the Scripture which says, “They divided my garments among them, and for my clothing they cast lots.”

So the soldiers did these things,

11 For the bodies of those animals whose blood is brought into the holy places by the high priest as a sacrifice for sin are burned outside the camp.

12 So Jesus also suffered outside the gate in order to sanctify the people through his own blood.

13 Therefore let us go to him outside the camp and bear the reproach he endured.

21 For our sake he made him to be sin who knew no sin, so that in him we might become the righteousness of God.

28 And we know that for those who love God all things work together for good,[a]for those who are called according to his purpose.

18 they divide my garments among them,

and for my clothing they cast lots.

Neighborhood Church exists So those far from God will be connected to life in Christ.